Bisend Blog
Home General What Is the Difference Between DoS and DDoS Attacks?

There is much vulnerability existing in the virtual website world, which is likely to be used to disturb your online services. DoS and DDoS are such common attacks that make site owners suffer a lot. To better protect your website and online business from them, you need to get an acquaintance of the 2 types of attacks. In the following part, we will introduce them in detail so that you can take an immediate action once you find anything wrong on your site. 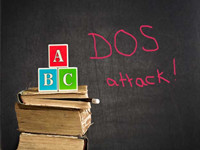 DoS attack is a denial of service attack that makes attempts to make a server or network resource unavailable to its users and visitors. To be specific, this attack uses one computer and one Internet connection to send massive requests to a server at a time, interrupting or suspending a host service connected to the Internet temporarily or indefinitely. If a web host server suffers a serious DoS attack, all the websites hosted on this server will be very likely to be inaccessible.

DoS attacks are quite complicated and not easy to be detected, for they can even be generated by making use of the application vulnerability. The target of this kind of attack can be a computer, a port of the target system, a network connection, and even some resources such as disk space and bandwidth.

Moreover, attackers may use this attack to run malware, cause errors and even destroy the OS. When it comes to how the attacks come into being, most attacks are launched by those who are unsatisfied with a service, cyber-criminals and competitors.

DDoS attack is a distributed denial of service attack that uses more than one computer and IP address distributed worldwide to put a heavy burden on a service. These attack sources are often infected with virus that makes a server or service goes wrong.

Here we listed 3 common types of DDoS attack below: 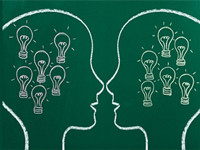 Besides, it is harder to withstand DDoS attacks because there are a large number of sources sending requests to flood the target system. In that case, blocking out the sources is almost impossible.

However, in a DoS attack, if the inward traffic is recognized as an abnormal traffic spike, hosts can take immediate actions to block the source. That’s to say, a DoS attack is able to be blocked in a relatively short time.

DoS and DDoS attacks are security issues that should be taken seriously, as they can make the whole server break down if not handled timely and properly. Because of this, when you’re choosing a web host, you need to consider a DDoS protection.

Nowadays there are numerous web hosts in the market, Bisend.com among one of them, is making continuous efforts in providing powerful hosting solutions to satisfy your needs and improving your website performance. You are assured that all of our services have DDoS Attack Response, helping you get rid of the annoying attack.

Best ASP.NET Based Applications Used by Millions of Webmasters

How to Install Classic ASP on Windows Server?