Classic ASP or Active Server Pages (as it was earlier called) was Microsoft’s first server-side scripting engine. It enabled its users to create interactive and dynamic web pages. It was first created and released in 1996 as an add-on to Internet Information Services through Windows NT 4.0 Options Pack. Later on, it became available as a free component of Windows Server. Classic ASP is an outdated technology and has been superseded by ASP.NET.

Before Classic ASP, creation and processing of a dynamic web page would require a lot of resources. Accepting data from the users and processing it along with maintaining an interactive environment was done with the help of CGI (Common Gateway Interface) programming. It required the use of a lot of files and special programs to be able to process the data. Not to mention, it was a very complex but necessary process. Classic ASP made simple this entire process.

While working with Classic ASP, the data processing code is directly embedded into a web page. A static HTML file would be sent to the client or user, and the ASP code would remain on the server. This ASP code would also execute on the server. The use of multiple files and special programs was eliminated. This made it easier for the developer to integrate the database into the program.

In addition, Classic ASP also allowed the developer to dynamically change the content of any web page before sending it to the user. Web pages developed using Classic ASP have the extension ‘.asp’. The web page must be requested through a server that supports ASP. If such a server is not actively available then, the web page will not be displayed. Since it says Active Server Pages, you require an active server. After its advent, Classic ASP brought a huge change in the world of development and became the leading technology used to build websites.

On the other hand, Classic ASP was a scripting language and it was not object-oriented. Besides, it was also weak typed and incurred a sizeable amount of redundant coding. It followed the pattern of ‘Spaghetti coding’ where the source code obtained a very complex structure with too many ‘goto’ statements, exceptions and other constructs. As a consequence, the code written in ASP was unstructured. All these things knocked Classic ASP down from its leading position. People realized that there was a need to let go of scripting languages in order for the Internet to evolve into something better.

Classic ASP was developed further by Microsoft and released as ASP+ in the year 2000. In 2002, this was improved upon and turned into an object-oriented technology. Today, we all know and use it as ASP.NET. Despite these improvements, some systems continue to use Classic ASP to develop their web pages. Such systems are given the name legacy systems.

If you want to try out Classic ASP, you could consider our ASP.NET hosting. Like most of web hosts, we include Classic ASP in our hosting package which means you could easily setup a website developed using this technology. If you see any issue, please contact our technical support team. 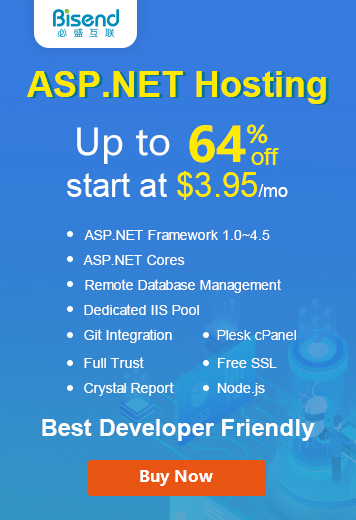 What is OV SSL and Why you Need it?

How to Backup & Restore Your WordPress Site?

What Is Zend Optimizer & How to Install It Manually?