Bisend Blog
Home General What Is SSD & What Are Its Benefits?

Have you ever had an experience of head crash? This is a really a major issue which occurs in mechanical disks. The problem may arise when your disk does not spin or it may happen when you have to create the storage in such a manner that there were no heads, no spindles and no platters too. In that case, you need to have a disk which does not have moving parts. The Solid State Disks (SSDs) are used for the manufacture of appliances by SAN and server vendors as well. These disks offer a lot of advantages, which are listed in the article below. By reading this article, you will know what is SSD and what are the main benefits which it renders to you. 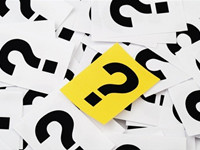 Solid State Disk or SSD is a disk that makes use of non-volatile memory for accessing and storing the data. It works similar to a RAM. This device does not have any moving parts in it. This feature helps the drive in storing and accessing the data in a fast manner. It does not produce any sort of noise and is regarded to be more reliable than other devices. The best thing about this device is that it does not consume a lot of power as compared with that of hard drives which are traditionally used in the computers.

IBM supercomputers implemented the idea of SSD for the first time in 1970s. The structure and feature of this device have improved over a period of time. The storage capacity has been increased to a great extent so you are able to save a lot more data on your devices. The SSDs are regarded to be the best solutions for nettops, netbooks and variant other applications which do not require a large space for storing data. SSDs are best for computer experts who make use of small SSD for running Windows and other famous programs and then they store all of their information in the form of music files and pictures on a hard disk drive.

Here are some advantages which are associated with the use of SSDs: 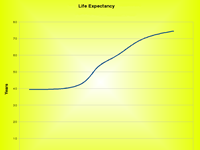 SSD are usually expensive to purchase; however, you will see that your investment was worth the price. The advantages rendered by SSD are far more than the costs associated with it. Their average working expectancy is around 3-5 years. You need to consider a refresh after three years. So, your investment is SSD will be a long term investment. You will not have to worry about buying another one for about 5 years. There are many SSDs, which have reached life expectancies of decades as well.

These drives do not have any moving parts. This is the reason their seek times and access times are much faster as compared with others. Traditional drives have unimpressive sustained speeds which do not match with the standards set up by the SSDs. The access and read feature of SSDs is very much beneficial as compared with the other forms of disk drives. Therfore, many webmaster desiring fast hosting speed would like to host their sites with SSD web hosting.

A standard disk is available in the formats of 3.5 or 2.5 inches. However, SSDs come in very small sizes of 1 and 1.8 inches. The smaller size of this disk helps the manufacturers to create appliances which are small. They are able to make smaller blades and mobile systems which do not require a large occupancy space. That’s a very good factor when it comes to considering the rack space. 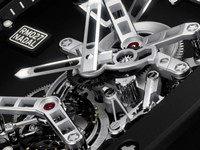 SSDs are considered perfect for variant mobile systems because of the fact that they show resistance to shocks to g-forces, bumps and drops too. These kinds of forces do not have great impact on steel data centers. The movements can create massive effects on the traditional drives specifically while writing the events. SSDs do not have any impact of mobility on them and are resistant to all kinds of shocks. They can withstand a weight which is 25 times greater than that of a traditional disk drive.

SSDs are dependent upon the circuits of power failure for the purpose of monitoring changes in the voltage. In case the voltage drops down the specific value, there is another secondary set up of voltage which provides surety that the drive contains required power in order to protect all the pending writes. Usually, these secondary voltage devices are supercapacitors.

When any disk has moving parts, there are chances that it might fail. Most of the mechanical drives are not robust and they are exposed to the risk of failure. On the other hand, SSDs have much lower rate of failure and these drives haven’t reached to the level of adoption which is adopted by the traditional drives.

What Is Remote Management & How to Enable It in WebSitePanel

How to Set Up hMailServer?

What Is ASP.NET MVC & Should You Use It?