So, in order to help you make a wise choice about Linux and Windows web hosting, we try to analyze some of the main point you should take into consideration before making a final determination.

Windows web hosting is a kind of hosting plan which is based on Windows Server and supports Microsoft programming languages, such as Classic ASP, ASP.NET, and some other major scripting languages. Some solutions developed by Microsoft are also supported by Windows platform, including MS Access and MS SQL databases.

If your website is developed by PHP, MySQL, Ruby on Rails or Perl to support WordPress, Drupal, Joomla, etc, Linux is a good option for you. However, if your websites use dynamic web page and need to be developed by Microsoft technology, now you should choose Windows web hosting.

For Windows web hosting, it has a larger user base, because of the compatible products, various applications, and simple operation. The following analysis can offer you a reference whether you should choose a Windows web hosting plan.

Before choosing Windows web hosting, you can have a comprehensive understanding about its specific features, which help you determine whether Windows plan can meet your particular needs.

If you’re going to running a WordPress or Joomla website through Plesk or cPanel, while anticipating your solution will be called upon to have near 100% uptime, you’d be correct to choose Linux. More so, if you’re new to web hosting services and have no idea about what exactly a development tool (i.e. WordPress, PHP, MySQL, Python, or Perl) means in the process of creating and managing an online presence, going with a Linux web hosting will still likely be your best bet.

We’ve gone over some of the highlighted advantages combined with a Linux web hosting. Let’s dig into them a little deeper below.

Since Linux is entirely a free and open source operating system, Linux web hosting providers can cut down the price of each licensed copy and provide customers with cheaper plans.

In the case of Bisend Linux web hosting, though the regular price starts at $7.99/mo, customers can save up to 64% discounts off based on the hosting plan and billing cycle they choose. So, the final price of the hosting service is $2.95/mo, which is also a commonly seen price level in the Linux web hosting market.

Another major benefit of hosting with Linux is the compatibility it has with hardware and software.

With Linux servers dominating the Apache, PHP, MySQL market, you won’t experience any difficulties with WordPress, Joomla, or any other popular content management systems, blog platforms, online stores and forums.

As to web server administration tools, cPanel used to dominate the Linux web hosting market for so many years. But now, things have changed as Plesk started fully supporting Linux operating systems since Plesk 12.5, including Debian, Ubuntu, CentOS, Red Hat Enterprise Linux, and CloudLinux. Both control panels allow users to install all variety of software from a simple user interface via one-click installs. The ease of use makes people of even the most basic skill level to jump right into creating and managing websites, emails, MySQL databases, and configure PHP.

Performance and uptime as a whole is one of the most important factors you should consider when choosing a web hosting solution. If your websites are hosted with Linux-based servers, you will be rest assured that they can perform smoothly and stably.

As well, on the software package level, you partially take responsibility for securing your website. Therefore, applying necessary patches and having good passwords are important roles to a secure environment. Fortunately, both cPanel and Plesk keep updating web applications and software to the latest versions without any interference with you. Namely, if you host your website with Bisend’s Linux servers, you can easily monitor and keep package update using Plesk Onyx, such as viewing available updates, manage individual or mass package updating, unlock packages to all automatic updates, and more.

What Do Your Applications Demand? 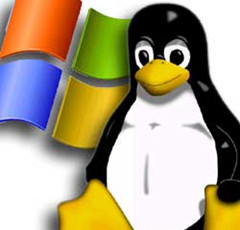 In general, hosting packages based on Linux operating system are able to offer low prices. The reason is that Linux is a free open source so that web hosting providers don’t need to pay licensing fees, while Windows is developed by Microsoft and charged expensively, so web hosting provider has to charge you a few more dollars because of the licensing fee for Windows.

Linux servers and Windows servers use different control panel. For example, cPanel, the most popular control panel is available on all Linux-based hosting plans, as well as vDesk, Webmin and so on. There are some common-used control panel are available on Windows web hosting, such as Plesk and WebSitePanel. On the basis of the control panel, you can choose which one is better.

Performance is highly influenced by data center, network and some other factors, however, which is not related to operating system. Therefore, there is no need to consider of the performance when choosing a system operating, but keep it in mind when selecting a web hosting provider. 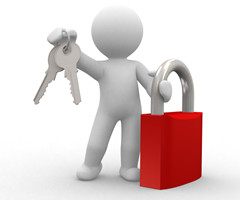 Generally, security is of vital importance for websites, no matter a personal site you simply use to blog occasionally, or a global, large scale business website. Some people may say that Linux is more secure, but Windows can also be secured well by web hosts.

In terms of security, there is no clear difference between Linux and Windows, both of which can provide you a secure web hosting environment.

The main factor for most of people choosing Windows web hosting is that ASP, MS SQL, Access, .NET and FrontPage can only be supported on Windows platform, while Linux supports PHP and MySQL, which is also popular with many customers. On the basis of your own needs, you can make a choice between Linux and Windows.

Tips on How to Import a List of States for Any...